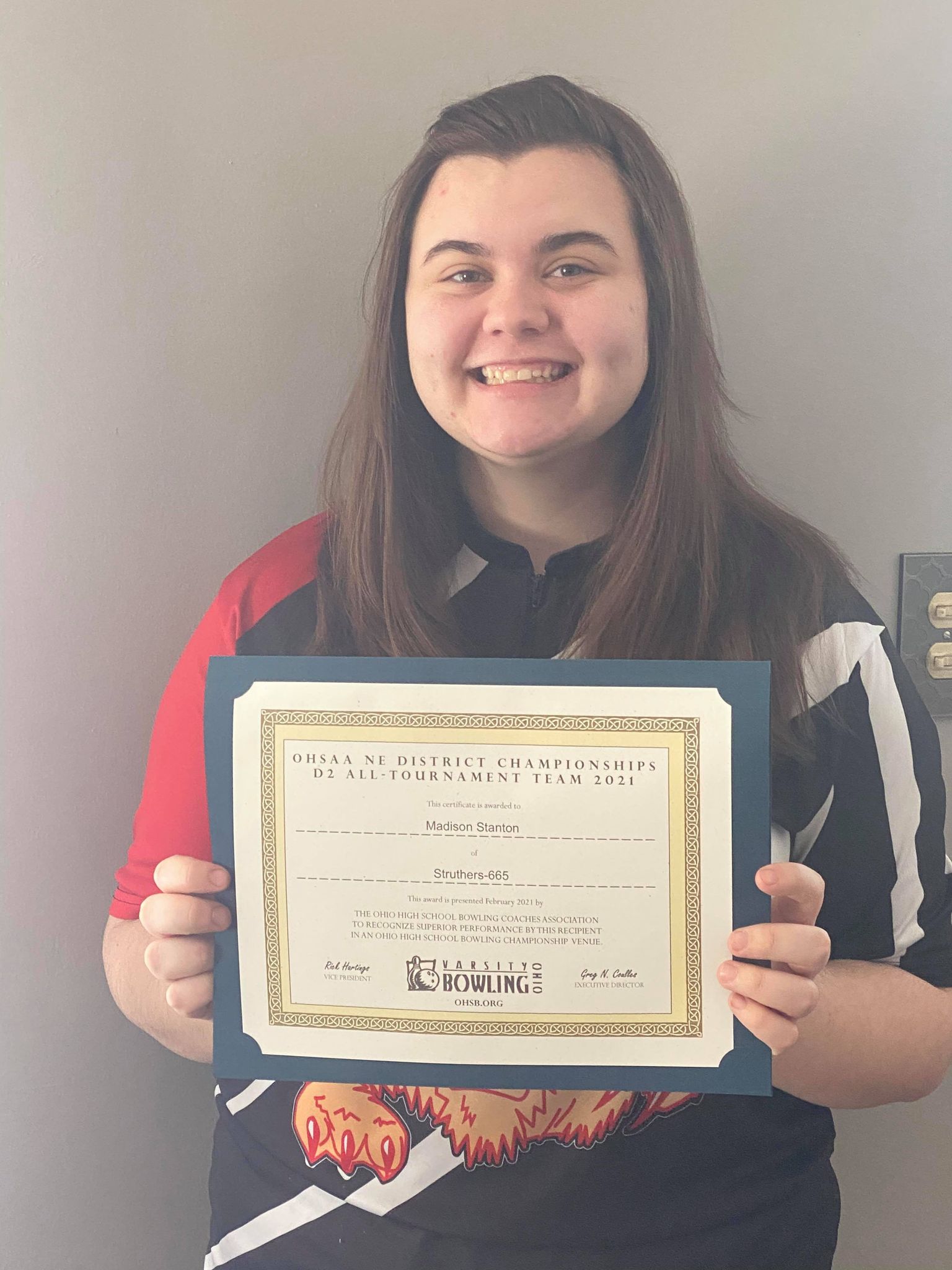 LadyCats team bowling season ends at Districts – Stanton earns state bid
The Struthers LadyCats Varsity bowling squad’s bid for a spot in the State bowling tournament ended today in Lorain, Ohio at the district tournament at Rebman Lanes, however one LadyCat punched her ticket as an individual qualifier.
In game1, the LadyCats opened their day in 9th place with a 757 team effort, highlighted by Madison Stanton’s 204. She was followed by Hailey DeGenaro’s 169. Mary Williams added a 143, with Mackinzie Allen rolling a 128. Karla Martinez notched a 113. The LadyCats gave up a couple spots, as they fell to 12th, with their 790 game. Madison Stanton led again with a 230. Mary Williams rolled a 158, with Karla Martinez following her by 1 pin and a 157.Hailey DeGenaro notched a 132, and Mackinzie Allen, a 113. In game3, the LadyCats regained some momentum as they rolled an 822. Madison Stanton paced once more with her 231. Mary Williams tallied a 161, followed by Hailey DeGenaro’s 156. Karla Martinez added a 140, and Alyson Mitchum, a 134. The LadyCats had a 2369 pin count as they entered Bakers. The LadyCats held their 9th place position thru the first four games of the Baker set, with games of 117, 216, 179, and 164. Their last 2 games of 186, and 164, allowed them to advance two spots to finish 7th with a total pincount of 3394. For the day, Mary Williams threw a 462 set which netted her a 50th place, Hailey DeGenaro taking 51st with her 457. Karla Martinez’s 140 set gave her a 66th position. Madison Stanton led the LadyCats with her 665 set, and gave a 4th place overall finish. In addition to her 4th place finish, she received an All-Tournament team nod, and earned the 2nd individual qualifying spot for the DII state tournament, to be held next weekend at Wayne Webb’s Columbus Bowl.