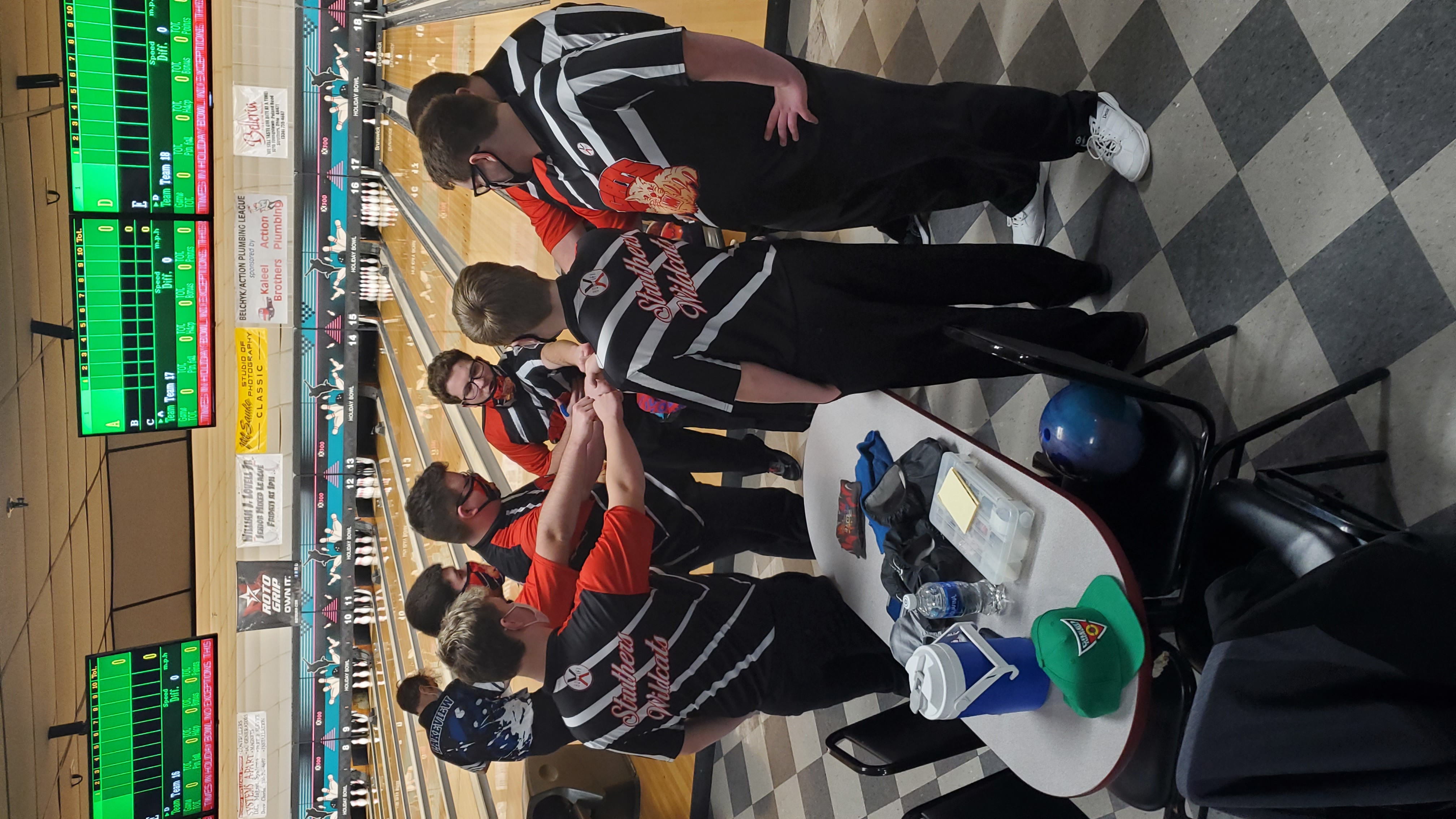 Wildcat Bowling squads compete in NE8 conference tournament
The Struthers Wildcat bowling squads competed in the Northeast8 Conference Bowling tournament, held at Holiday Bowl, on February 15, 2021. Both boys and girls varsity squads would compete in a 2-game, 5 Baker game format. Total pinfall would win the conference tournament champion trophy. Tournament MVP would also be announced for the individual boy and girl with the highest 2-game total.
For the Wildcat boys, they opened with an 888 team game, and a 3rd place initial position. Jared Medvec paced the Cats with his 237. He was followed by Brennan Baber’s 222. Dom Farrar added a 178, with Sean Lane adding a 137, and Ben Bishop, a 114. The Cats finished the team game round at 1785, and still in 3rd place with an 897 team game. Sean Lane paced this game with his 232. Jared Medvec notched a 192, followed by Brennan Baber’s 164. Dom Farrar rolled a 160, and Christian Miner, a 149. Jared Medvec led the team for the day with his 429 set and a 3rd place overall finish. Brennan Baber’s 386 set gave him a 9th place nod. Sean Lane’s 369 notched 12th place, with Dom Farrar tallying 15th place with a 338 set. In the five game baker round, the Cats traded places with second place Hubbard a couple of times before finishing in 3rd place, as they rolled games of 164, 188, 191, 178, and 148. Their total pinfall was 2654.
Next up for the Wildcat bowling squads, a makeup, regular season match with the Girard Indians on Wednesday 2/17/21 at Holiday Bowl. This will be varsity only as Girard does not have JV squads.